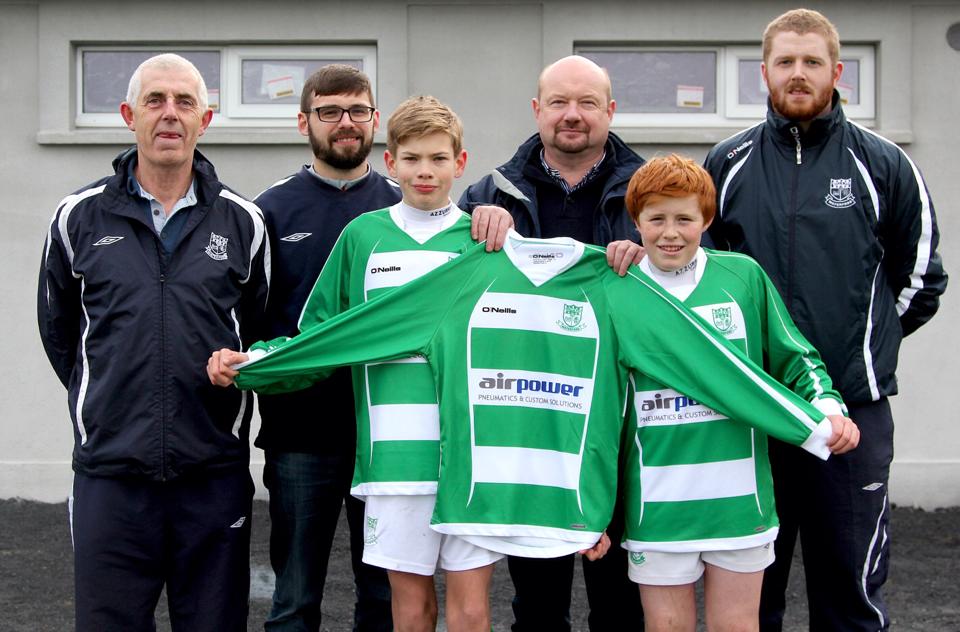 We recently sponsored Villa FC’s under 13-B team as part of our ongoing efforts to contribute to the local community through grass roots initiatives.

On Feburary 14th, Hilary Murphy and Stephen Murphy from Airpower Pneumatics and Custom Solutions presented a set of new jerseys to Aaron Wymberry  and Scott Murphy and management team Noel Weldon and Stephen Cleare before the teams clash with local rivals Bohemians.During the game Villa’s youngsters battled well against a resolute Bohemians side.  After a tight opening period Villa broke the deadlock on the half hour mark. Shortly after they scored a second. In the second half the flood gates opened and Villa secured all three by points finishing up winners by an eventual score line of 7-0.

The under thirteen team currently lie top of their division with 5 games remaining in the season. We would like to wish the management team and all of players the best of luck in their challenge to win the title.